14 Best Teachings of the Dalai Lama Dalai Lama’s teachings are universal and he sees humanity as one. More of us should adopt this point of view as our problems are global in nature, and no nation can solve them alone.

During my time in India, I traveled north to Dharamsala where his Holiness resides.

After a bone-crunching 8-hour bus ride from Chandigarh, we finally stepped out into a cold morning. What we saw was a beautiful mountain village smothered by mists and a sense of mystery. There was Chai for everyone. And more than that – there was a willingness to learn and explore.

As we walked along the path, we caught the first glimpse of the House of Dalai Lama. We couldn’t enter it, of course, but we were able to visit the temple nearby. It was full of spiritual practitioners and young monks; many of them exiles from Tibet.

What could I learn from this man that so many revered? I read his book How to See Yourself As You Really Are and more recently, The Book Of Joy composed of his talks with Desmond Tutu and Douglas Carlton Abrams. 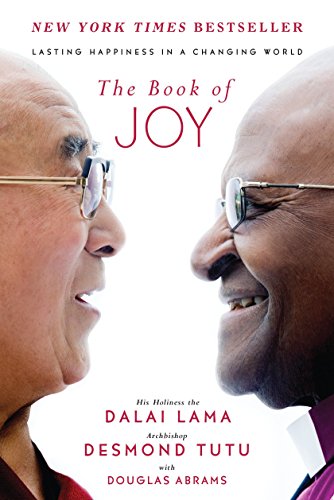 The Book of Joy: Lasting Happiness in a Changing World
$12.90
Buy now on Amazon

Both books are wonderful as they contain great lessons about dealing with suffering, finding joy in everyday activities, and liberating yourself from negative emotions. Below you’ll find some of them, along with quotes, videos, and pictures.

14 Great Teachings of the Dalai Lama 1. Understand the law of impermanence

Impermanence (Anicca in Pali) is one of the favorite subjects of Dalai Lama. I actually learned about it from the late S.N. Goenka during my 10 Day Meditation Retreat.

2. Love and compassion is what we need in this world

Dalai Lama sweeps the world with his compassion. Like all great leaders, he’s a dedicated practitioner of his craft. He wakes up at around 3 AM to meditate for at least 4 hours. Many of his meditations are about love, compassion, and forgiveness.

He forgave the Chinese for invading Tibet but it doesn’t mean he’s promoting passive acceptance of whatever happens. It’s more about choosing love and compassion over hate. Hate doesn’t lead anywhere but violence and suffering.

“Love and compassion are necessities, not luxuries. Without them, humanity cannot survive.” ― Dalai Lama XIV

Scientists have found that people who think in terms of the community (we) have healthier mental lives. Of course, Tibetans knew about it all along.

According to the Buddhist view, all beings want to achieve happiness and avoid suffering. That’s why putting yourself in another person’s shoes is so valuable. It helps you to recognize our common humanity.

“Our prime purpose in this life is to help others. And if you can’t help them, at least don’t hurt them.” ― Dalai Lama XIV

4. Become happy by serving others

“Look outward”, Dalai Lama says. Think in terms of serving others, and stop being so selfish. Helping others is a true source of happiness, which will ultimately bring more wealth and joy than the purely egoistic approach to life.

“If you think you are too small to make a difference, try sleeping with a mosquito.”― Dalai Lama XIV 5. Have a vision of shared humanity

People like to ask His Holiness how to solve the problems of the world. He always says that we can improve by having a shared vision of humanity and more education.

We have to go beyond patriotism and nationalism and embrace humanity as a whole. From a galactic perspective, our disagreements look so petty. We can do better than that.

6. Recognize the false appearance of things

Tibetan Buddhism teaches about “the ignorance” of human beings. We tend to see things as separate. But in fact, everything works together. Everything is connected in some way.

The problem here is ego, which claims things and people as their possessions and attaches itself to them. This creates a lot of suffering.

“Choose to be optimistic, it feels better.”― Dalai Lama XIV

7. Break the illusion of self

How to See Yourself As You Really Are is all about breaking the illusion of self, and recognizing that there is no “agent” behind your eyes that experiences things. There’s only the experience!

This simple truth is so elusive but it reveals the true nature of things. Dalai Lama’s books are full of practices that help you to recognize your “selflessness”.

“Judge your success by what you had to give up in order to get it.”― Dalai Lama XIV

8. Don’t get attached to things

Attributing special value to things makes us desire them, and that leads to negative emotions like greed, envy, or anger.

Dalai Lama teaches that it’s much better to stay neutral towards things (or emotions for that matter). Valuable or invaluable, negative or positive – remain observant but don’t attach yourself to them. You will save yourself a lot of suffering.

“We can never obtain peace in the outer world until we make peace with ourselves.”― Dalai Lama XIV

9. Recognize the interdependence of things

All phenomena are interdependent. It’s like Yin and Yang or the Jungian opposites. There is no good without evil, there is no you without someone else.

All the problems are more complex than we think – they depend on many things. Let’s not be satisfied with the appearance of things and try to be more accepting.

“Only the development of compassion and understanding for others can bring us the tranquility and happiness we all seek.”― Dalai Lama XIV 10. Concentration brings you closer to the truth

In Buddhism, they have the concept of the Monkey Mind, which reflects the main operating system of humanity. We just come up with a thought and then cling to it, and then this thought leads to another thought. And so we are lost.

But if you just sit and observe as thoughts arise and pass away, they will lose their power over you.

“Old friends pass away, new friends appear. It is just like the days. An old day passes, a new day arrives. The important thing is to make it meaningful: a meaningful friend – or a meaningful day.”― Dalai Lama XIV

According to Dalai Lama, there are a couple of levels of meditation. Each level helps you to move from the gross sensations in the body, to more subtle sensations:

“When you realize you’ve made a mistake, take immediate steps to correct it.”― Dalai Lama XIV

The “self” doesn’t exist in any concrete place in your body – not in your brain and not in your knee. It is the mind that creates “I”. This “I” is a figment of the imagination.

Dalai Lama recommends you look at it this way:

“Because we all share this planet earth, we have to learn to live in harmony and peace with each other and with nature. This is not just a dream, but a necessity.”― Dalai Lama XIV

Death may come at any moment so meditate on death. Most of us keep it at bay and we ward it off like a bad dream. But according to Dalai Lama and The Tibetan Book of The Dead, death is an important event you should prepare for.

It’s all impermanent so don’t waste life on accumulating wealth and power. In this context, hate doesn’t make any sense either. Only love. Only love.

14. Be kind and generous

Don’t look away from the suffering of others. You can help by either giving away a part of your income to a charity or by donating your time. You can give others psychological and spiritual support when they need it. You can be a person who makes a difference in your community.

Now it’s time to put these teachings into practice. Let me know how did you like the article and please contribute by leaving a comment below. 2 thoughts on “14 Best Teachings of the Dalai Lama”