Are you tired of pounding your fingers on a keyboard?

Are you looking for a way to use dictation (speech-to-text) to maximize your productivity?

Since you’re here, you must be wondering about the main differences between Dragon Naturally Speaking vs. Google Dictation on Google Docs.

Trust me, you’re in the right place. I’ve been using both of these apps for a long time.

Now I’m happy to tell you which one is best for everyday use.

Now please read on if you want to learn more about my journey with dictation and how I learned to do it better.

2. How I Started With Google Dictation, and Then Switched to Dragon Naturally Speaking

Let me give you a short background story. I’ve been writing on my keyboard for around ten years without caring for ergonomics or the health of my wrists.

Once when I was doing a freelance transcription job in Madrid, Spain, I started experiencing pain in my right wrist. This set me on a quest to find a new way to produce fantastic content without destroying my health in the process.

The first app I started to use was Google’s text-to-speech feature in Google Docs.

It’s been super useful to me because it’s free, and since I didn’t have a lot of money at the time, this was a perfect solution.

Google can also recognize many different regional accents and many languages.  This made it valuable for a tri-lingual writer and editor like me.

However, the quality of dictation with Google is not always best. The solution got better with time, but still, it’s not something you can work with over the long-term.

To make it work, you have to click on the microphone icon over and over again.

That’s because the dictation function switches itself off after a couple of seconds.  This becomes annoying at some point.

Also, with Google Voice, you’re only able to dictate in the single text field. You have to go to Google Docs, turn on the voice typing tool, and if you want to move your text to another app, you have to copy it manually.

When I became serious about becoming the best writer and blogger I could be, I decided it was time to switch gears and invest in a high-quality solution.

I searched around the web and found out that many people recommended Nuance Dragon, so I decided to give it a try.

You can check the difference between the two versions here.

I experienced a massive difference when I switched to Nuance Dragon.

Suddenly dictation became so much easier and the whole experience became smoother. Dragon Naturally Speaking can “learn” all the nuances of your pronunciation and get better with time.

But even out-of-the-box, it has a near 99% voice recognition capability.

Please note that I am not a native English speaker. My pronunciation is correct, but I wouldn’t call it native. Yet, Dragon can recognize my utterances and transform them into text seamlessly.

Of course, to dictate properly, you need a few hours of practice, but after that, it becomes second nature. What I liked even more about Nuance Dragon is that it comes with a host of voice commands which Google Voice lacks.

These voice commands enable you to write in a completely hands-free mode. You can copy and paste anything, and format your text to make it look perfect, all with simple voice commands.

That’s why if you have a little bit of spare money in your budget I recommend you invest $150 and improve your productivity by 30% to 40% every day for many years. It’s a good bargain, isn’t it?

3. Comparison table with the main features of both apps:

4. What about the price of each app?

Google Voice is free. All you need to do is to set up a Google account go to Google Docs to find the dictation function.

If you’ve never worked with dictation before, I recommend starting with Google Docs before graduating to Dragon.

Since Dragon has lots of extra functionalities and voice commands, it’s understandable that it’s a paid solution.

The version I bought costs $150, and it has everything I need  to work full-time as a writer, editor, and blogger without sacrificing my health.

I wish I found it earlier because it was one of the best investments I’ve ever made to boost my productivity.

5. Can you use Dragon Naturally Speaking and Google Voice on mobile devices?

To use Dragon on mobile, you will need to buy a separate app (available on Android and iOS) called Dragon Anywhere. It costs $15 a month.

The app is cool because it lets you use the voice commands available in the desktop version of Dragon.

But I prefer to save my $15 a month and use Gboard dictation capability to get stuff done.

It’s not super convenient, but I’m not dictating on mobile most of the time, so it’s more than enough to get the job done.  I use it to dictate stuff in Google Docs as well as social media apps and Gmail.

If I need to format text, I can easily do it later on the desktop, so that’s not a big deal.

6. Which app is better if you need to dictate in more than one language?

Here, I would pick Google Voice because it allows you to dictate in 50+ languages. Unfortunately, this is not the case with Nuance Dragon, which is only available in English at the moment.

Many users turn to voice recognition software because they start to feel wrist pain caused by using the keyboard too much.

It might be a pinched nerve in your neck, repetitive strain injury, tennis elbow, tendonitis, or carpal syndrome.

All of these maladies are difficult to cure if you continue working in the old way.

If you have any of the problems described above, I would recommend Dragon Naturally Speaking over Google Voice.

Why Dragon is better in ergonomics?

Of course, it takes longer than if using a regular mouse, but if you have lots of pain, then this is a reasonable trade-off to make.

8. A quick note on using the right microphone

Buying a high-quality microphone is the best thing you can do regardless of which app you choose. At first, I was using a cheap lapel microphone, and both apps were already working well.

But once I decided to invest in a high-quality gooseneck mic, things really took off. I have noticed a tremendous difference in my output and productivity. So please do yourself a favor and get the right microphone.

But first, think about the environment in which you work.

If you have your own home office that’s quiet and peaceful, you should probably get a gooseneck microphone.

It’s more convenient to use as you don’t have to put anything on your head. It can also pick up speech from a larger distance so you can easily dictate even while walking around the room.

But if you’re working in a busy office and you’re surrounded by people, you should probably get a Bluetooth microphone.

Since it’s closer to your mouth, it will pick up words more quickly. If you invest a little bit more to buy a good one, it will also cancel out any background noise, which will, in turn, boost the accuracy of voice recognition.

Here’s a recommended model of a gooseneck mic:

Here’s a recommended model of a Bluetooth headset: 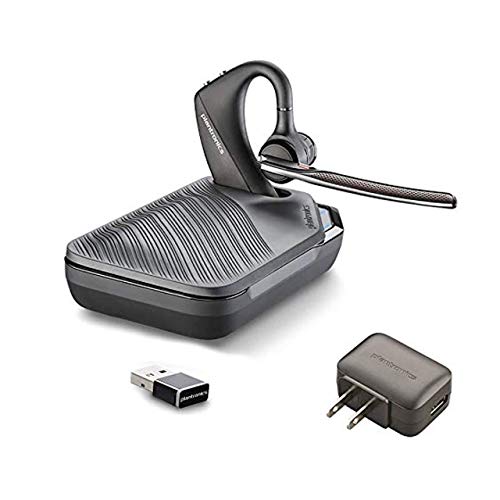 9. Which app are you going to choose?

The digital world is full of different dictation apps. But Dragon and Google Voice consistently come out on top as the most popular solutions.

I hope that by reading this article, you’ve learned about the differences between them, and you are ready to start your journey with dictation.

It might take you a little bit of time getting used to it, but once you do, you’ll never go back to writing on a keyboard.

As noted above, Google Voice recognition is a great place to start if you’re on a budget or need a free dictation solution in many different languages.

But, if you’re ready to invest a little bit more and write only in English, Nuance Dragon is your pick. It offers some advanced functionalities that will improve your workflow even more.

Now over to you. Which app do you prefer and why? Please let me know by leaving a comment below. How To Turn Your Phone Into A Writing Tool (5 Ideas)